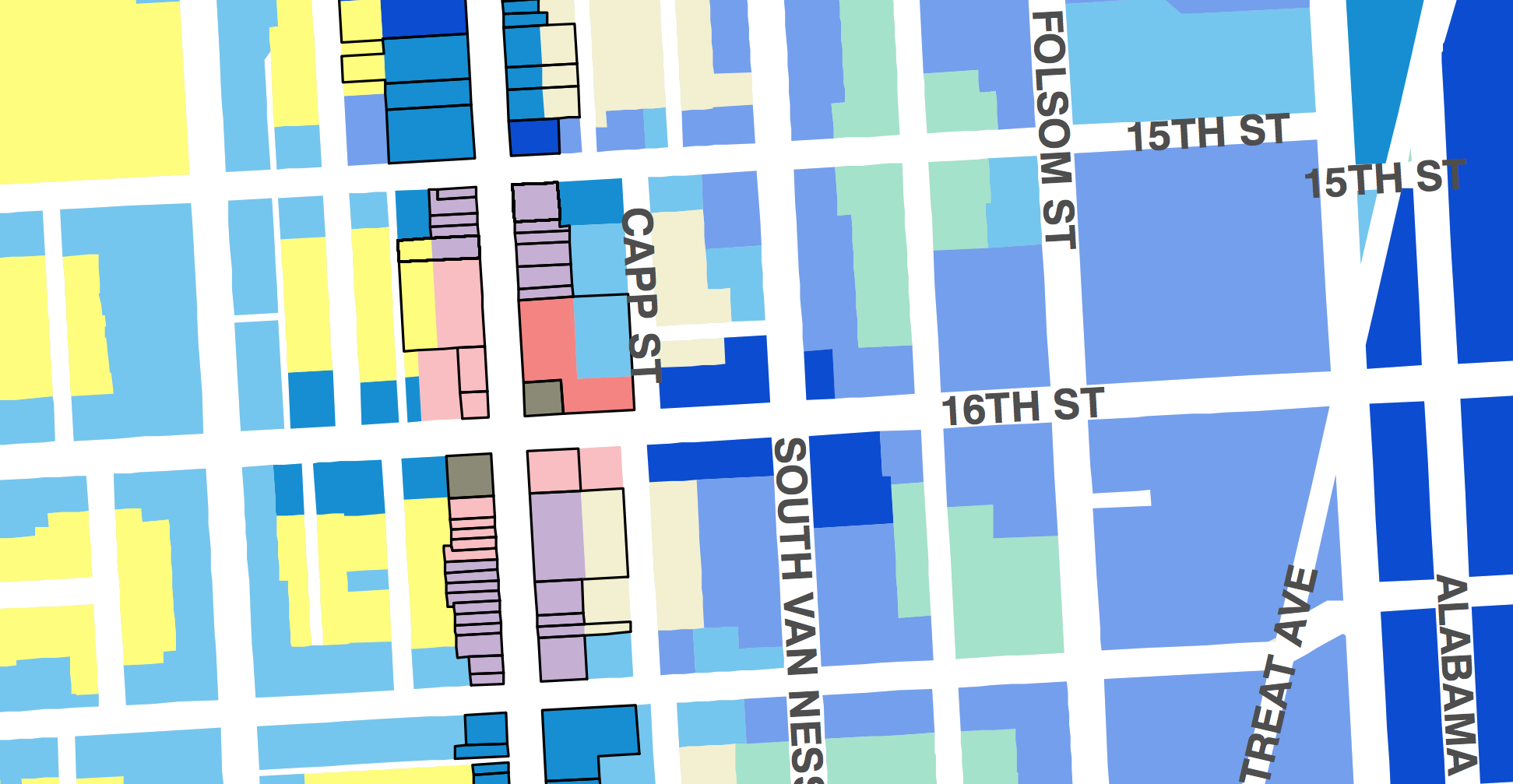 HOME IS WHERE THE BART IS.

1979 Mission Street is located in the heart of San Francisco’s Mission District at the major crossroads of Mission and 16th Streets. It was designed in compliance with the vision laid out in the Eastern Neighborhoods Mission Area Plan (ENMAP). The ENMAP, approved unanimously by the Board of Supervisors in 2009, envisions providing higher-density housing and retail along Mission Street. It also highlights the important BART stations along the corridor at 16th and 24th Streets by increasing the height of buildings to 8-10 stories for the blocks on either side of the BART plazas. It’s a valuable opportunity to provide both additional density at these transit hubs and the integration of architectural elements as way-finding and place making.