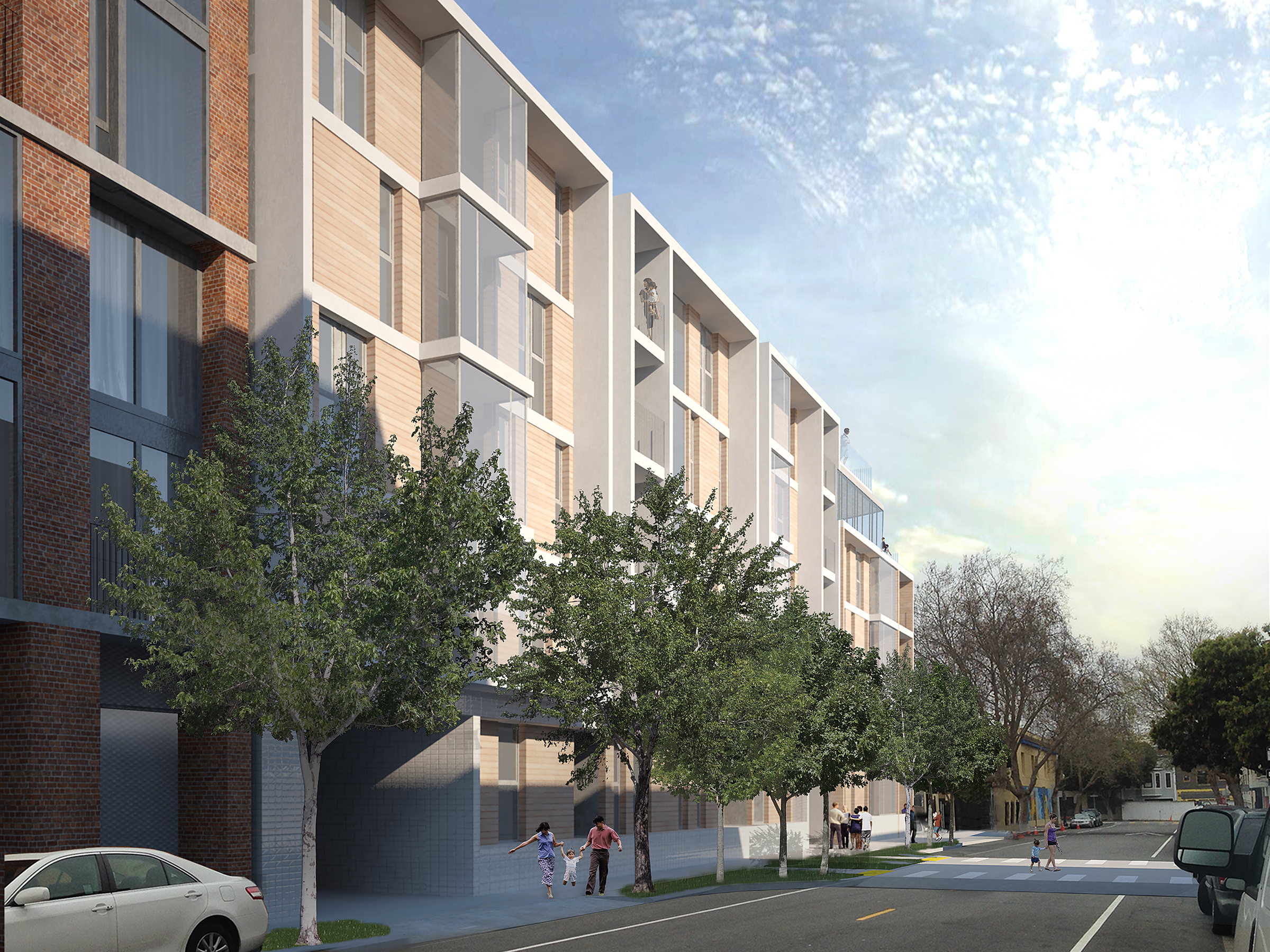 A VISION FOR THE MISSION

The project site is located in the heart of San Francisco’s Mission District at the major crossroads of Mission and 16th Streets. 1979 Mission Street is being designed to be compatible with the neighborhood while implementing the vision of the Eastern Neighborhood Mission Plan (ENMAP).

Existing conditions along Mission and 16th Streets include a mixture of commercial and mixed-use buildings, most of which incorporate residential over ground-floor retail and commercial uses. Conditions along Capp Street are more residential in character with smaller scale buildings. The ENMAP envisions providing more opportunities for housing by including a base height of six-story buildings along Mission Street, but also highlighting the important BART stations along the corridor at 16th and 24th Streets by increasing the height of buildings to 8-10 stories for the blocks on either side of the BART plazas. It’s a valuable opportunity to provide both additional density at these transit hubs and the integration of architectural elements as way-finding and place-making.

While 1979 Mission Street is one of the first projects to begin implementing the ENMAP, it is being carefully designed to respect the surrounding existing building conditions. A major issue with the existing buildings on the site are the blank facades along Mission and Capp Streets and around the BART plaza. The lack of interaction between the current buildings and the neighborhood is a significant contributing factor to the high crime rate at the intersection of Mission and 16th Streets, which in turn discourages the use of the BART plaza open space other than to access the station escalators.

1979 Mission Street is being designed to create a recognizable neighborhood landmark. Early design elements utilize a unique mix of architectural elements and features to establish a relatable building scale to enhance pedestrian visual interest and to strengthen Mission Street as a neighborhood retail corridor. At the same time, and to emphasize the continuous neighborhood serving ground floor retail, store fronts will wrap around the BART plaza and continue along Mission and 16th Streets. Retail spaces will feature welcoming high ceilings and a large expanse of glass to spark pedestrian interest and interaction while providing a safe, engaging BART plaza. 1979 Mission Street also proposes including 15’ setbacks at the ground level and 10’ setbacks for the upper floors from the current property line shared with BART to further provide a pedestrian friendly frontage and allow neighborhood serving retail, cafes, and restaurant uses at the street level. This addition to the BART plaza is further enhanced by locating residential public amenities at the second floor facing the BART plaza to provide additional eyes on the street. Lastly, a set of extended balconies facing the BART plaza are included to further identify the property’s location as a major pedestrian and transit node of San Francisco and the Mission District.